From the 24th to the 28th May 2021 the Fifth and Last Meeting of the project took place in Clès according to the following program.

The topic of the meeting was the Socio-Economic Legacy. But also, after having to change the date of the meeting due to the pandemic, it was the opportunity to recover the contact among all the students from the different countries.

On 24th May,  we connected for the first time through Google Meet. Students and teachers from the different countries were there.

The first activity was an IceBreaking activity, consisting on finding similarities and differences among the different groups formed by students from the different countries. They had to complete the collected information in a padlet, that you can see here:

After that, students, still divided into groups, have to compare their Educational Systems. and the process of Distance Learning they have been forced to live during the last year. 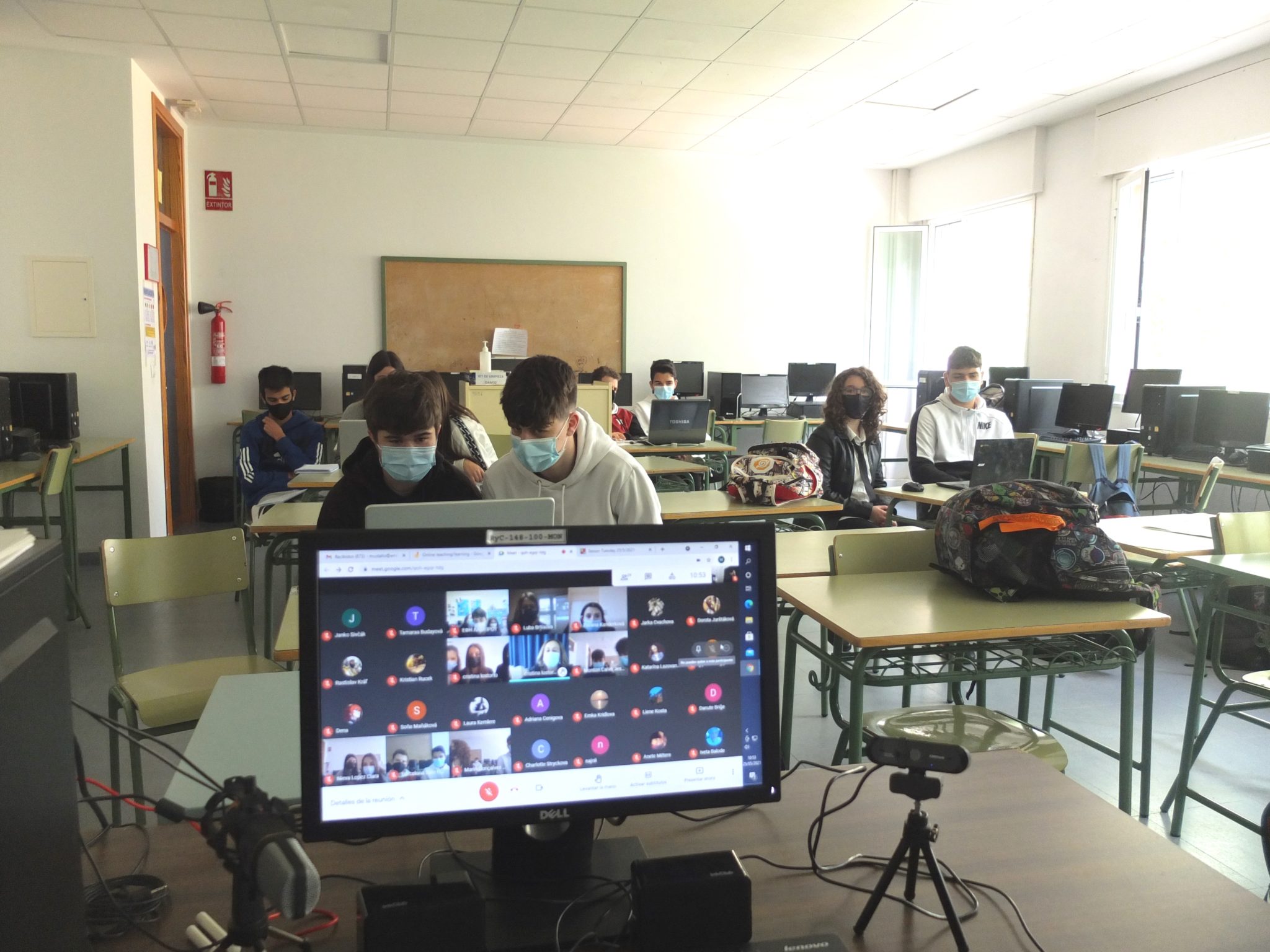 Students presented the characteristics from each of the countries, and they even had time to ask questions about the situation in the different countries.

We also create the following Jamboard in a collaborative way: 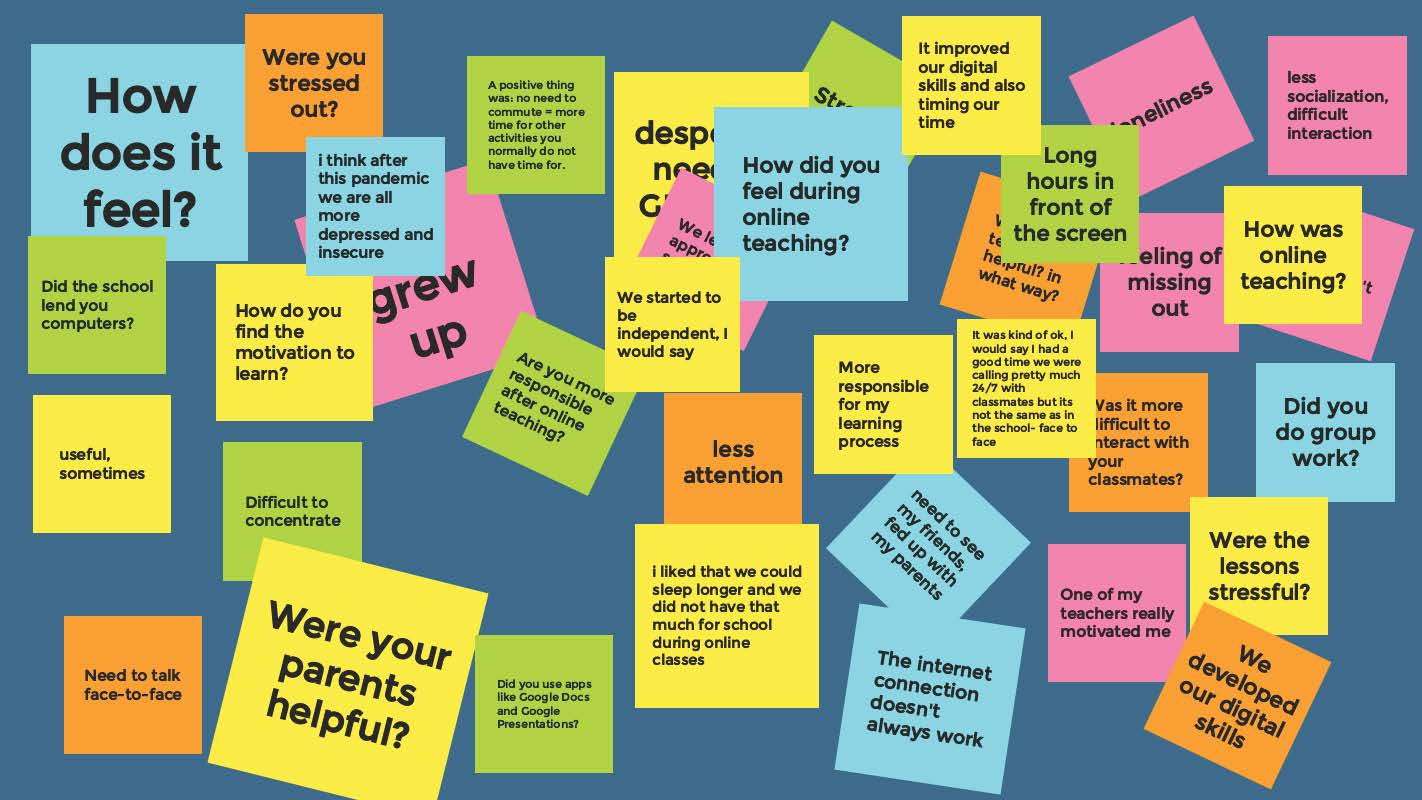 Finally, we could see a series of videos allowing us to know a bit more about the country and the region the students in Italy came from.

After viewing these videos, we were ready to end the first day of the meeting.

On Tuesday, we met again using Google Meet, and the first activity consisted again in an Ice Breaking activity, this time consisting on the students trying to describe themselves with just one word or image. Their contributions were collected in the following padlet:

After that, the different students divided in groups shared the work they had prepared about the European Union and the different policies according to the different topics agreed among the partners.

After that, we could see the videos prepared by the Italian delegation about the Balkan Route. First of all, we viewed two videos to introduce the topic:

And after that, the two videos prepared by the Italian delegation:

After watching the videos and answering the last questions from the group of students, the sesion arrived to its end.

On Wednesday 26th, again we started with an Ice Breaking activity, this time the students had to find a song representing them.

Wednesday was the day selected to speak about the Cultures Diversity, after the introduction to the topic performed by the Italian team the previous day.

Divided in groups, students had to speak about Cultural Diversity in their schools and also Examples of Peaceful coexistence among cultures both in the past and in the present. 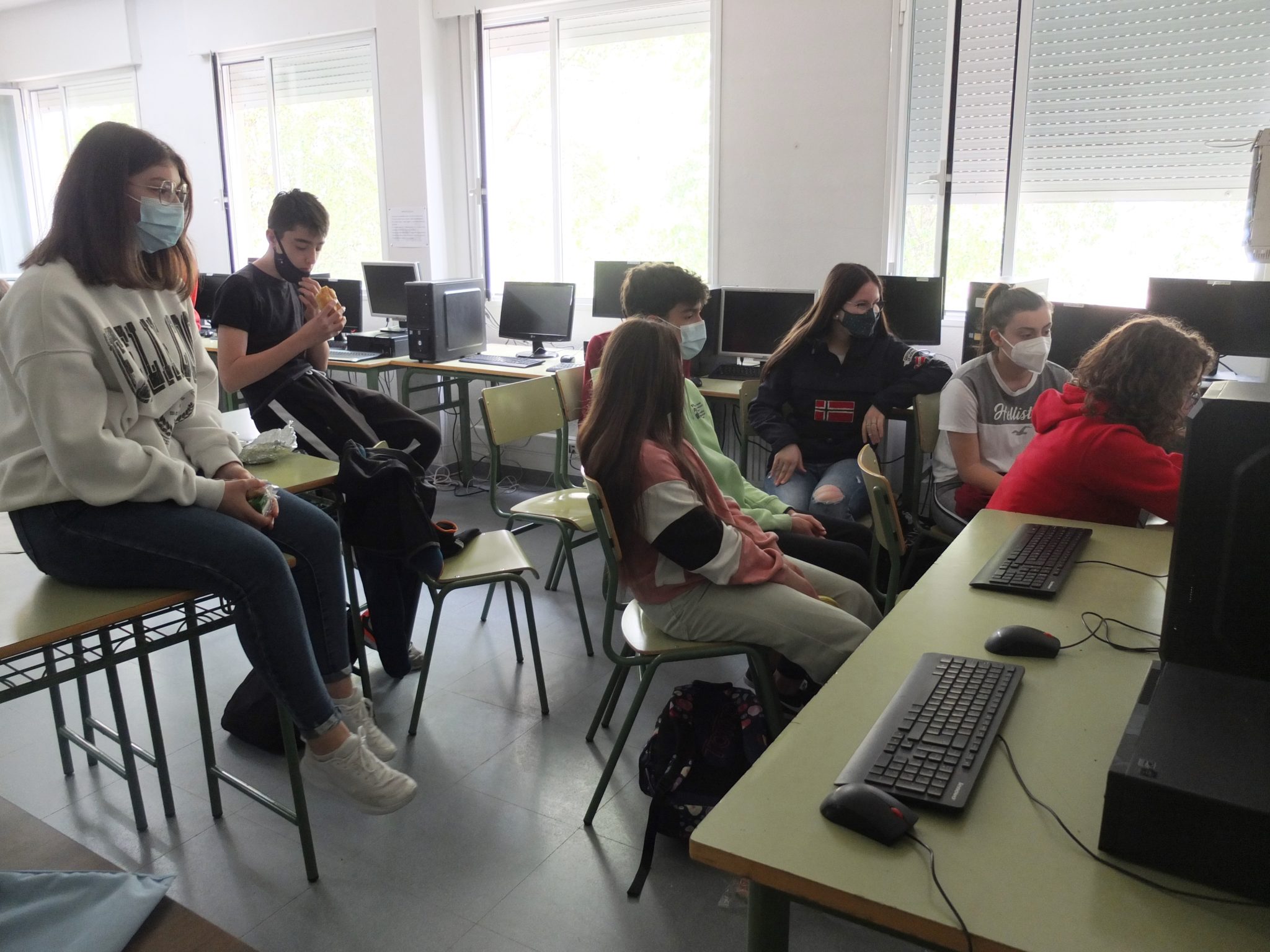 At the end of the sesion, an activity was performed. They had to share their impresion about the following social experiment. The result they constructed in a collaborative way were included in the following padlet:

On Thursday, we started again with an ice Breaking activity. This time the topic was European Natural Wonders. Students in national groups had to create a Jamboard describing some Natural Wonders from each of the countries and explained why were they important and why they should be protected. 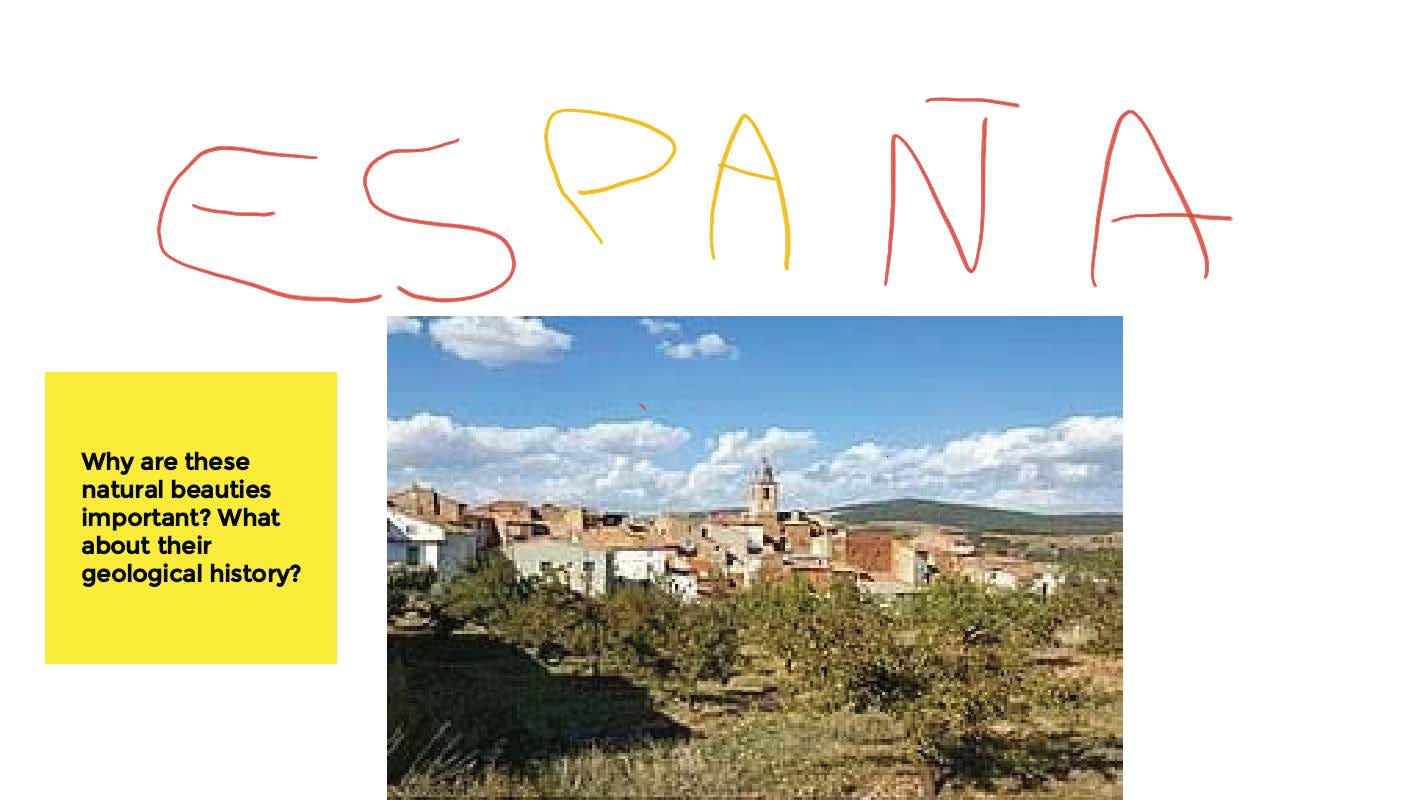 After that, students working on national groups again, discused about the activities contained in this link. The result commented in this activities were shared and also some of them included in the following padlet:

After sharing these activites, we also shared a mentimeter to see how many words related with the 5 Rs our students knew, and this was the result: 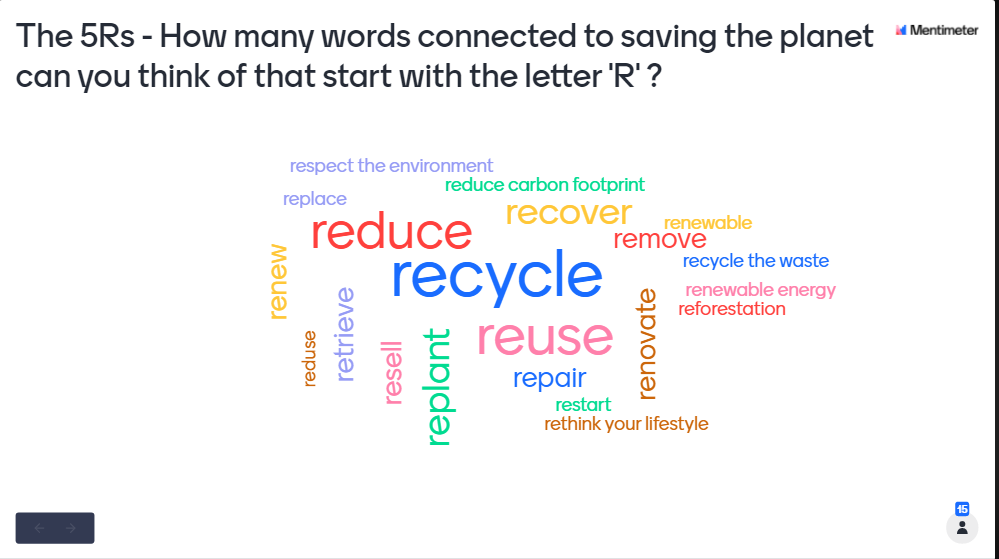 Friday  was the day of the end of the meeting. At the beginning, we shared a Jamboard, as an Ice breaking activity, this time to share characteristic elements from each countries culture. These are the obtained results: 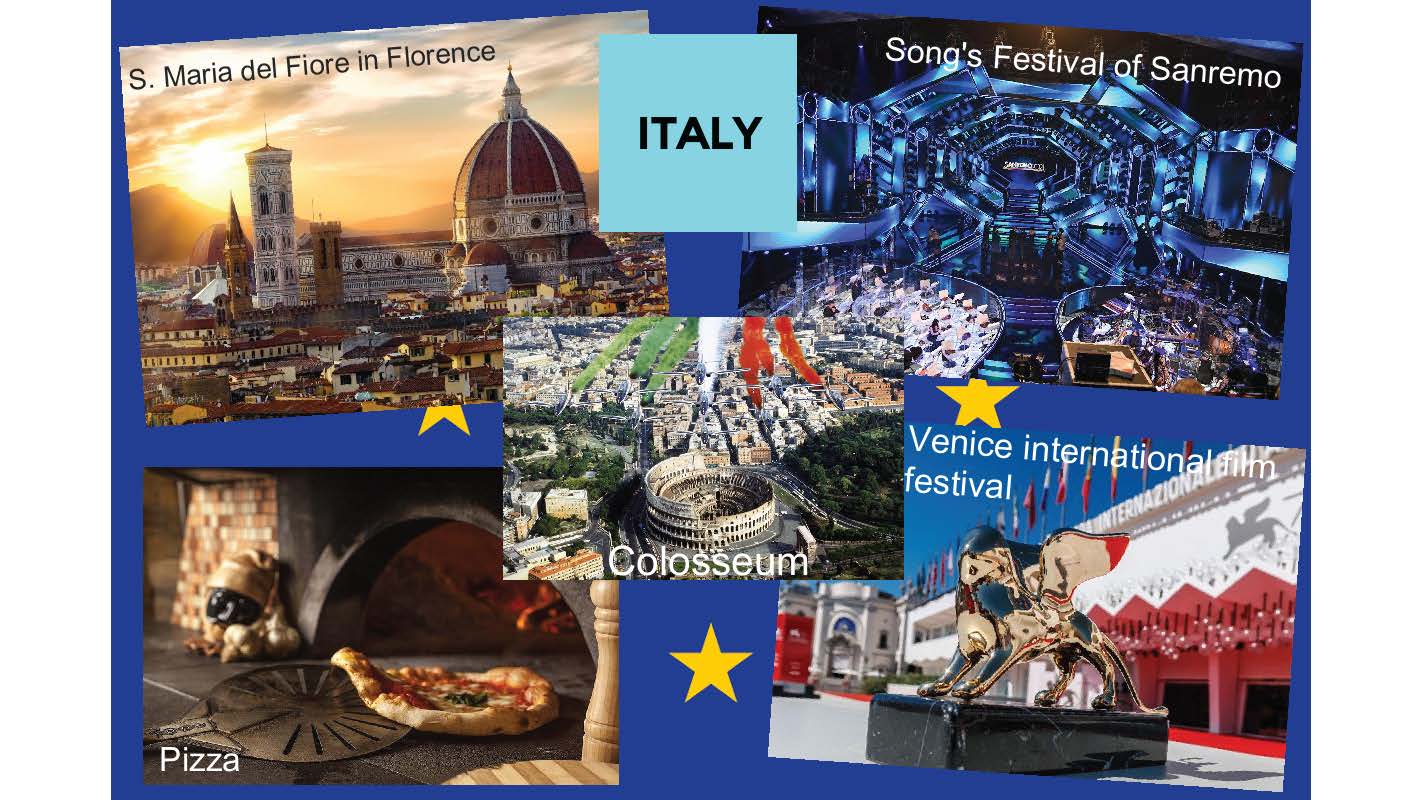 After that, the presentations corresponding to the topic of the day (Olympic Games and how they has been used as a politic tool) were presented. 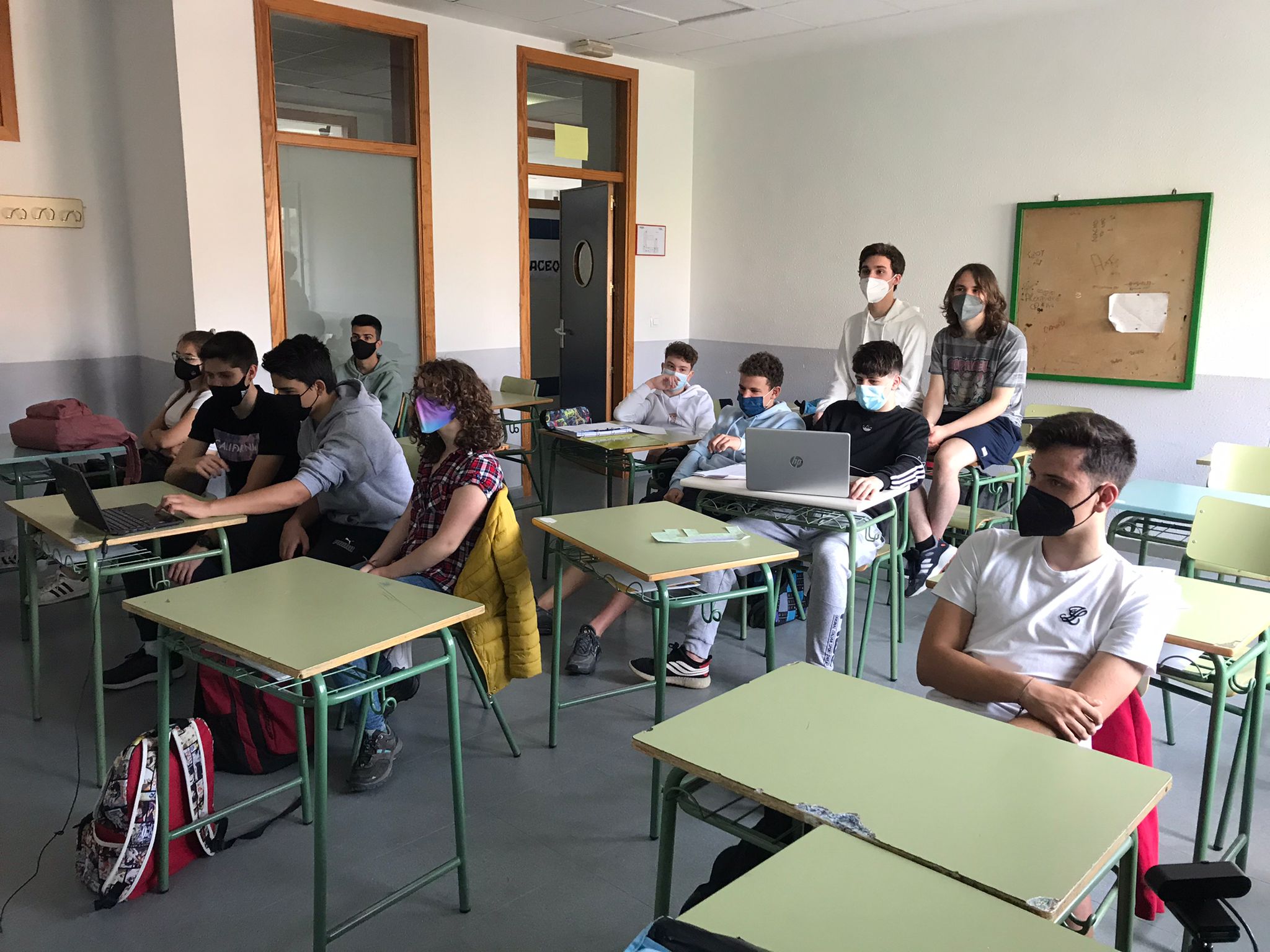 The time to play a Kahoot among the different countries had arrived. 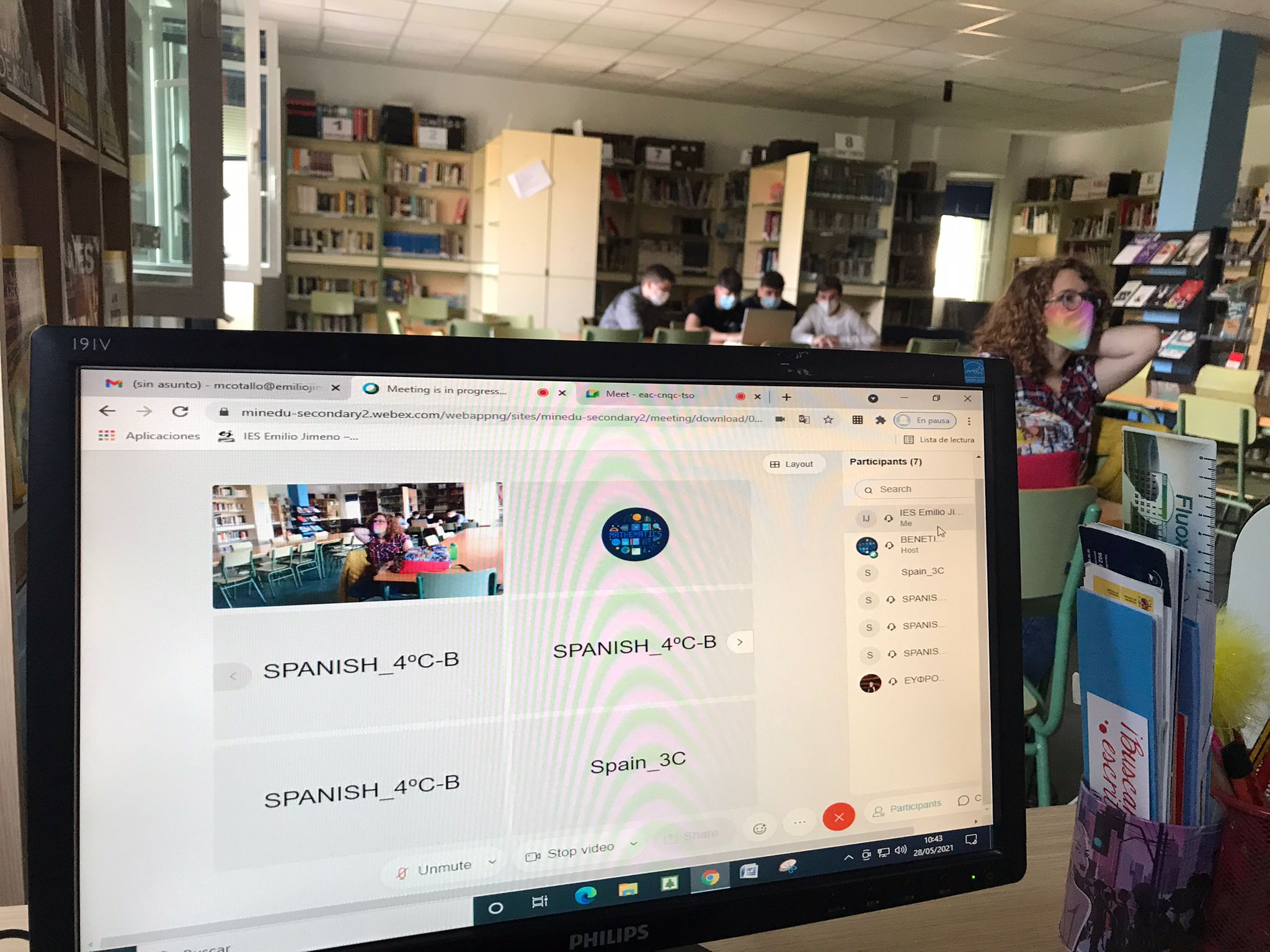 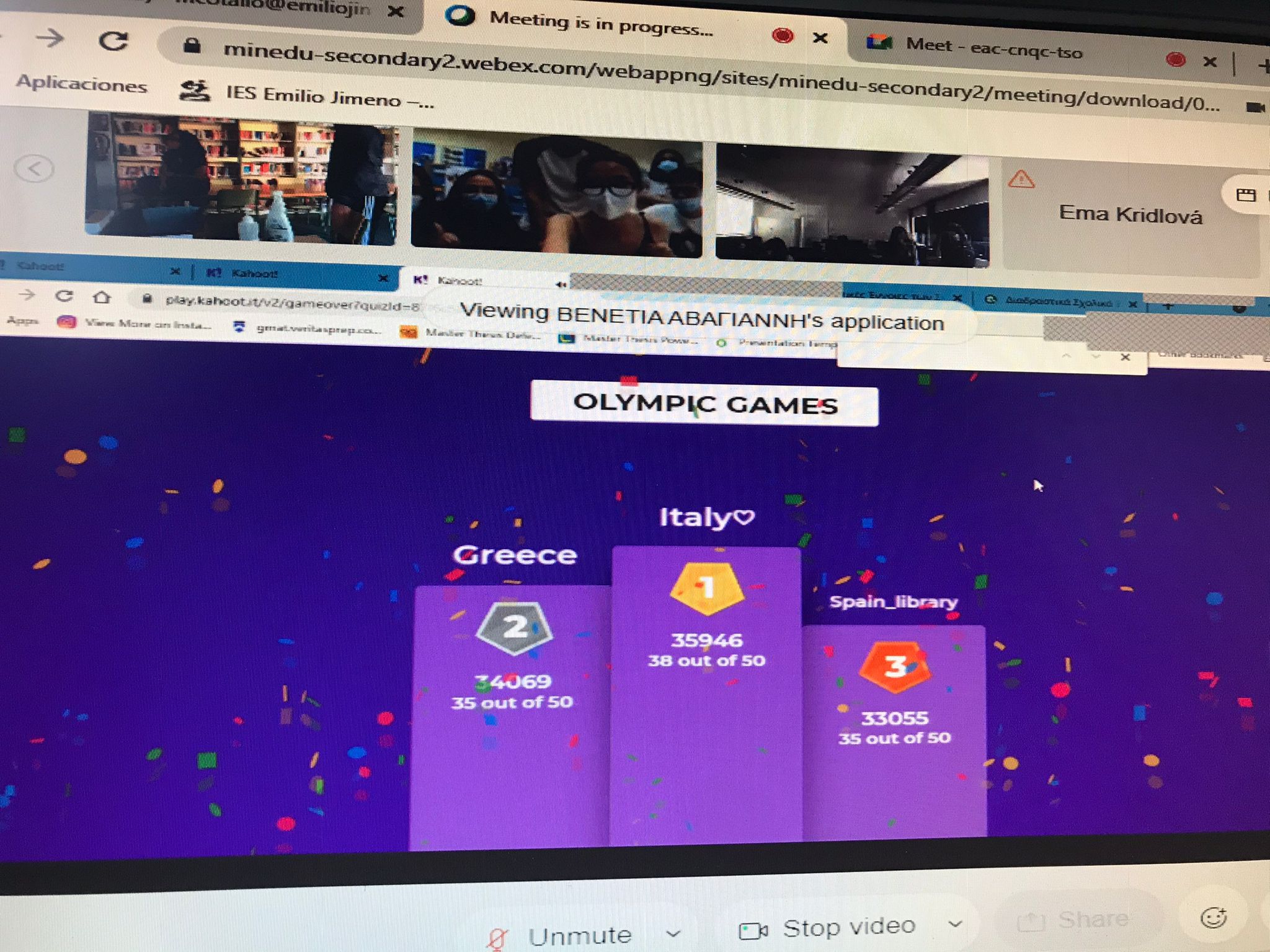 And the students were asked about what does Europe represent for them. Here you can see their answers:

Finally, the meeting had arrived to the end, we just saw some videos of performances:

And the meeting sadly arrived to its end….

Thank you very much to Cristina, Pietro, Giovanna and all the other Italian teachers for preparing this so special meeting!